Posted on October 27, 2016 by utrminorfinders 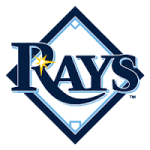 The 6’1″ – 195 lb. lefty had as good a season as any catcher I’ve covered since the inception of this website. Sullivan’s 47 extra-base hits tied him for second overall in the organization with AAA’s Dayron Varona and only one behind leader   – and top SS prospect –  Willy Adames (AA Montgomery).  The 2015 – 7th rounder out of the University of the Pacific (Stockton, CA) made the “UTR Hitters of the Day” list an astounding 14 times in 2016 after being named a 2015 Organizational All-Star as a third baseman in his debut season; and   Sullivan’s accolades don’t stop there. He led entire organization with 34 doubles and ranked within the Midwest League top 10 in hits (133), doubles, home runs, RBi’s (81) and total bases (206)  Oh, and if Sullivan’s bat wasn’t enough, his 17 stolen bases ranked 3rd for most stolen bases by a catcher behind Brewers Max McDowell (21), Arizona’s Luke Lowery (21) and the Dodgers Austin Barnes (18); who’s a former UTR Breakout selection back in 2012 while with the Miami Marlins.

The Rays drafted the 6’4 – 225 lb. lefty in the 13th round in this year’s draft knowing they were getting a methodically sound, polished, power hitter. And the Mississippi State draftee lived up to every bit of those descriptions. Lowe not only led the Renegades in hits (74), doubles (18), home runs (4), RBi’s (40), walks (30) and every peripheral stat listed above, he also ranked within the top 5 New York-Penn League league leaders in four offensive categories. Some scouts say Lowe is a true professional both offensively and defensively with superior makeup. He could be a fast mover if he continues to project and stays healthy. One of my favorite overall UTR prospects in the American League East.

The middle infield position for the Tampa Bay Rays can be described in two words: high floor. Heading into the 2016 season, nearly 20% of the Baseball America top 30 included a middle infielder. However, being that we’re UTR, the underbelly is our focus and trust me, there were plenty of MI’s that made a splash this season. Tenerwicz can be described as a ball of intensity and brings sheer attitude to the diamond every day. The 2016 – 27th rounder out of the University of Cal, Berkeley, was quoted, “I like playing like the pitcher just stole my dog.” Well, he played like it this season. In his debut he led Rookie Princeton in doubles, RBi’s (38) and ranked second in total bases with 94.  The 6’1″ – 185 lb. righty could bring his skills and large intangibles to either SS Hudson Valley or (quite possibly) LoA Bowling Green in 2017.

Despite there being several semi-worthy OAS third base candidates, top prospect Kevin Padlo simply couldn’t be denied. UTRMinors has had a crush on him since his 2014 debut. A 12-time “UTR Hitters of the Day” choice in 2016, the 2014 – 5th rounder our of Murrieta Valley HS (CA) was also a 2014 and 2015 Organizational All-Star as a member of the  Colorado Rockies organization. The  6’2″ – 205 lb. righty simply needs to polish a game that already possesses all the tools that will allow him to become a major league regular at the hot corner.

Aside from Cronenworth’s severe production dip after a promotion to HiA Charlotte in mid-July, (19-111/.171), the 6’1″ – 185 lb. lefty has been the picture of consistency since his 2015 debut. Consistency upon a promotion tells you a kid is “getting it” despite facing stiffer competition. Cronenworth posted a 51-game PAG/APPA of 3.29/.717 for SS Hudson Valley in 2015, which is only a slight deviation from his combined numbers this season.  The 2015 – 7th rounder out of Michigan was one of the Midwest League leaders in on-base percentage (.429), OPS (.865) and improved his overall K:BB rate from last year. I expect the Rays will assign Cronenworth to HiA Charlotte for 2017.

I’m anxious to see what’s in store for Olmeda-Barrera for 2017. He came to the Rays as a 3B/DH, but was immediately shifted to the outfield. In his pro debut for Rookie League Princeton, he posted a 2.98/.701 PAG/APPA.  The Rays had the 2015 – 12th rounder out of Cal State Fullerton leapfrog Short Season Hudson Valley with an assignment to LoA Bowling Green this season. He logged only 67 games, but ranked within the Midwest League top 10 in slugging percentage and OPS. There’s just something about him. He hits for average. He has power. He steals bases. And you can’t ask for too much of him defensively due to the recent, full-time position change. Yet, I’d like to see the 6’1″ – 210 lb. lefty do a little more, polish his game a little before he’s anointed a full-blown prospect. He might stick in LoA in 2017 or could see another aggressive push to HiA Charlotte of the Florida State League.

Running the Rays centerfield numbers was real fun. Now, my disclaimer here is that top 10 prospect Garrett Whitley is the consensus centerfielder of the future in Tampa Bay. The 2015 – 1st rounder out of Niskayuna HS (NY) – my wife’s former hometown-  brings superb athleticism, great makeup and a full bag of tools to the field every day. But, as far as the OAS list, my pointer shifts in the direction of Dominican-born Jesus Sanchez. The 6’1″ – 185 lb. lefty’s stats reveals something I’ve never seen before in all the years I’ve charted PAG. If you look above at his 2016 results, Sanchez’s PAG was identical across two levels. His 2016 PAG declined slightly from his debut in 2015 (3.74), but Sanchez’ display is the reason why breaking down PAG into APPA was a necessary measure, as Sanchez’ increased (.851/.885) this season. I don’t expect Sanchez to slow down. He could begin 2017 for Short Season Hudson Valley of the New York-Penn League.

The Rays signed the 5’11” – 195 lb. lefty out of Venezuela in August of 2013. He debuted in the now defunct Venezuelan Summer League in 2014 and struggled batting .234 and a 2.19 PAG in 31 games. He repeated the VSL in 2015 and blew the doors off his debut posting a 3.53/.849 PAG/APPA. He batted .295 and clubbed more doubles (13) than he had extra-base hits the year before, hit four round-trippers and posted a perfect 39:39 BB:K. rate. Cabrera carried this momentum to 2016 for Rookie Princeton of the Appalachian League, where he ranked first in hits (74) and sat within the Appy League’s top 5 in runs scored (44) and total bases (111). With some progression, however, there is regression. Even though Cabrera’s batting average improved, his BB:K rate fell off a cliff (17:73). I believe the Rays will take the methodical route and promote him to SS Hudson Valley.

This site uses Akismet to reduce spam. Learn how your comment data is processed.